1992 -1996 : Studied under Nationally or Internationally known master artists such as, Marilyn Simmandle,

through private lessons and workshops.

1996: Accepted into the juried membership to Watercolor Society of Oregon

Juror's Award of Distinction and an Award of People's Choice

I am a self taught artist with a great motivation of painting outdoor and study.  All my paintings are from both

studio, and plein air.  It doesn't matter of subject, my constant search is harmonious and dramatic shapes come across my daily life.  The idea of training my brush stroke is related to my early art training influence from

S. Korea where I was born and raised.  Now, I live in Oregon, USA where I get inspiration from the glowing light in the desert, sages and junipers. For some other months, I live and paint in Costa Rica where lush greens in jungle or colorful birds are calling me out.  Love chasing birds with a camera, too.

Crispy air in the sky with smell of ocean breeze, Or hawks roaming around the valley of wheat field, creation

of  Light in all things represent of my faith, and encourage me to paint.  I am a Christian artist, who continue seek what God brings me to worship Him, through my art which is His gift.  My place is to paint His beauty, Joy, peace and love for Christ

Jesus and His loving people.  This is my ultimate goal of what I do. 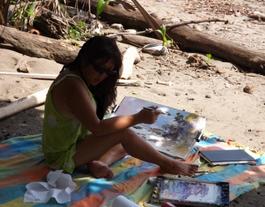 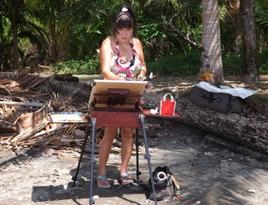 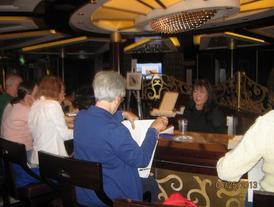